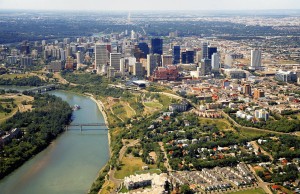 What it’s like to live in Edmonton Alberta?  Located on the North Saskatchewan River, Edmonton is the capital of Alberta. It is the center of the Edmonton Capital Region, encased by Alberta’s central region. Here you will find the largest stretch of continuous urban parkland in all of North America, as well as the largest amount of parkland per capita compared to any other Canadian city.

Edmonton’s location gives it a humid continental climate but not to fear, the humidity does not typically get uncomfortably high. In the winter the low temperature averages to around -10.4°C and the max average temperature in July is around 23.1°C.

There’s a reason Edmonton is known as “Canada’s Festival City,” there’s always something fun going on here. If you live in Edmonton you are officially an Edmontonian, and locals wear this nickname with pride.

The earliest documented people to settle in Edmonton arrived in 3,000 B.C, but historians believe people have lived here as far back as 12,000 B.C.

In 1754, Anthony Henday is the first documented European explorer to visit the area. He was working for the Hudson’s Bay Company and traveled to the area in hopes of making contact with the aboriginal population. His goal was to establish the fur trade and get a leg up on the fierce competition between his company and the North West Company.

The Canadian Pacific Railway expanded to the area in 1885. And in 1891, the development of the Calgary and Edmonton Railway

spurred Edmonton’s economy considerably. These new forms of easily accessible transportation prompted people to migrate here from eastern Canada, Europe, the US and other parts of the world.

Edmonton was named the capital of Alberta on September 1, 1905. Within the same year, the Canadian Northern Railway expanded here, increasing growth even more.

The 1900’s saw a lot of expansion, but just before the start of World War I the local economy collapsed along with its population. The city began to recover in the 1920’s and 1930’s, and rapidly expanded after World War II.

The median age is 36.5 with the largest group falling between 25 and 54-years-old.

Cost Of Living In Edmonton

According to a recent living wage report, one needs to make at least $17.36 an hour to support a family of four in Edmonton—that includes two people working to make a combined total of $34.72 an hour. These numbers cover only the bare necessities and do not include the costs of secondary education, savings for retirement or vacation and so forth.

Affordable real estate in places like Parkdale and Alberta Avenue are not expected to last long, as major redevelopment projects are prompting more people to move to these more affordable parts of the city thanks to their great location and opportunity for growth. Many people are demolishing older homes and starting fresh, and within the next few years a large increase in housing prices is expected in these areas.

According to estimates from 2014, the top 10 most expensive neighborhoods in Edmonton include:

The top 10 most affordable neighborhoods in Edmonton include:

There are a total of 375 neighborhoods in Edmonton spread throughout 7 geographical sectors. At the center of it all is Downtown, known as the mature area sector. Here you’ll find some of the oldest homes in Edmonton. There are 6 suburbs surrounding the downtown core.

Downtown: The inner city includes a number of unique neighborhoods as well as the University of Alberta. The most densely populated downtown neighborhoods include Oliver and Garneau.

Surrounding Suburbs: There are six distinct suburbs surrounding downtown, and each is home to a multitude of neighborhoods. The southwest district is home to some of the priciest real estate, such as Westbrook Estates. While communities located to the north of downtown, such as Parkdale, offer much more affordable housing options.

There are a few transit-oriented developments in the works along the LRT line at Clareview. Future development sites include Belvedere and Century Park, where there will soon be new homes for 5,000 residents.

The Edmonton City Centre Airport is also undergoing renovations as it’s transformed into a mix of townhouses, apartments, neighborhood retail and a large park. This community will open up housing to around 30,000 people.

Edmonton is the economic hub for northern and central Alberta. Alberta has experienced a lot of its growth related to large-scale oil sands projects as well as large diamond mining operations. In the 1940’s, Edmonton was known as the “Oil Capital of Canada.”

Due to the recent tanking price of oil, Alberta has experienced a large increase in unemployment rates. Edmonton has a more diverse economy so it has not experienced as much unemployment and economic downturn as other parts of Alberta. Plus, there are many ongoing construction projects helping to keep the overall picture brighter.

Alberta’s unemployment rates are fairly high, but in Edmonton things are looking better with unemployment rates at 6.8%. According to Edmonton’s chief economist, John Rose, this percentage is largely related to a high number of new people moving to the city and a larger contributing workforce.

Rose said, “If there’s any good reason for unemployment to be up it’s because you’re labour force is expanding and more people are participating in the labour force.”

Edmonton is home to a large technology sector and is also known for its research and education. After all, you’ll find the University of Alberta here, as well as Alberta Research Council and Edmonton Research Park. Plus, thanks to its ideal location, Edmonton remains a central spot for distribution and logistics.

Edmonton has three publicly funded school boards governing kindergarten and grades 1-12. The largest population of students goes to schools within one of two English language boards, the Edmonton Public Schools and the Edmonton Catholic School District. Both districts provide the resources necessary for parents that choose to homeschool their children. You’ll also find public charter schools located throughout Edmonton funded by provincial grants and property taxes.

As of 1994, the Francophone minority community operates its own school board known as the Greater North Central Francophone Education Region No. 2.

There are also private schools in the area, such as Progressive Academy, Tempo School and Edmonton Academy.

Overall, Edmonton is a safe place to live. On a scale with 120 being the most crime possible and 0 being no crime at all, Edmonton ranks at a moderate 48.31.

Residents have very little concerns about being attacked or robbed. The highest levels of crime in the area relate to people using or dealing drugs; in fact, this is the only category of crime that scores a high (63.67) on the scale mentioned above. Property crimes including vandalism and theft come in second place with a moderate score of 57.67.

What Is There To Do In Edmonton?

If you like to shop you’ll love the fact that Edmonton is home to one of North America’s largest malls, West Edmonton Mall. The amusement park Galaxy Land is located inside of the mall and stands as the second largest indoor amusement park. It is packed with space-themed rides geared to all age groups.

Nature lovers rejoice, there are countless parks to explore in the area, in fact Edmonton is home to more parkland per capita than any other Canadian city.

If you love fresh foods and local vendors you’ll enjoy visiting the famous farmers’ market in the Old Strathcona.

In the winter people enjoy ice-skating at Churchill Square, surrounded by the big city buildings it’s a truly surreal experience. During the summer, there are plenty of opportunities to golf at one of Edmonton’s many courses.

Edmonton is known as a cultural city with the downtown Arts District serving as the central hub to everything artsy. On the south side of the river, the University district and Whyte Avenue plays host to many concert halls, live music venues and theaters.

Opened in 1997, The Francis Winspear Centre for Music is said to be the most acoustically perfect concert hall in all of Canada. It has room for 1,932 guests and is home to the Edmonton Symphony Orchestra as well as the largest concert organ in Canada, the $3-million Davis Concert Organ. 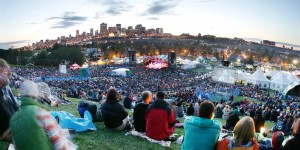 There are over 60 festivals that take place here every year, from concerts, to arts and culture festivals, food and wine, dragon boats and there’s even an accordion festival.

The main summer festival is K-Days, which includes music, trade shows, carnival rides, and fairways as well as nightly fireworks. Also held in the summer is the popular Edmonton International Fringe Festival, which remains one of the most popular folk music festivals in North America.

In November, the Canadian Finals Rodeo is hosted here, which is second in prestige only to the National Finals Rodeo in Las Vegas. These represent only some of the many popular festivals and events held in Edmonton annually.

Even when there are no ongoing festivals you can still enjoy many historic sites, museum galleries and shops infused with local and foreign culture. There are countless attractions to enjoy on the regular such as Canada’s largest living history museum, Fort Edmonton Park. Other noteworthy museums include the Alberta Aviation Museum, Royal Alberta Museum, the Telus World of Science and the Alberta Railway Museum, among many others.

Edmonton is also known for its wide variety of restaurants serving food from different corners of the globe. As the night sky takes over there’s always live theater, music and dancing going on at a multitude of locations. 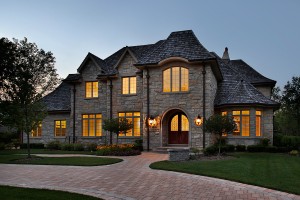 With so much to offer, Edmonton is a perfect place to put down roots. The city center buzzes with a whirlwind of endless excitement and events, while the surrounding suburbs offer quieter neighborhoods all within close proximity to the heart of the city.

What constitutes your dream home? Is it a high-rise condo that allows you to walk everywhere, or a large single-family home overlooking a golf course? No matter what you have in mind there’s something for everyone in Edmonton. Not to mention, there are countless new developments in the works offering ample opportunities for homebuyers.

With the right real estate agent and help from Homestoc you can find your dream home in no time at all. You can rely on Homestoc’s vast collection of homes for sale and rent in Edmonton, as each listing is checked for authenticity in order to protect you and help make the most of your limited time. Search our vast collection of constantly updated Edmonton real estate by price, house type, location and many other user-friendly features.

What are you waiting for? Your dream home in Edmonton awaits!