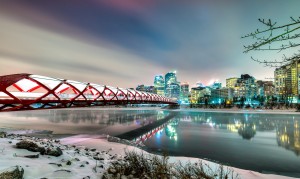 What it’s like living in Calgary Alberta, everything you will want to know from real estate prices, demographics, economy, schools culture and much more

Living in Calgary Alberta is really great according to most people we interviewed.  Surrounded by the Bow River, Elbow River, The Rocky Mountains and prairie, Calgary is a picturesque Canadian city in the province of Alberta. While Calgary has lots of nature to offer, it’s also home to a bustling city center with large skyscrapers, rich culture and never ending things to do. Let’s find out how living in Calgary can be for it’s residents.

As far back as 11,000 years ago the pre-Clovis people inhabited modern day Calgary. The Blood, Blackfoot, Peigan and the Tsuu T’ina First Nations peoples lived and thrived here. 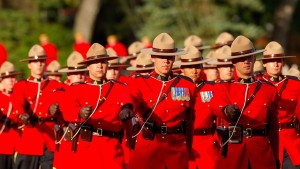 In 1875, a group of exhausted North West Mounted Policemen happened upon the land. They were enthusiastic over what they saw: two pristine rivers and forests exploding with spruce and Douglas fir trees. They knew it was the perfect place to set up camp, but what they didn’t know was that it would someday become a sprawling city.  This is how the land became a post for the North West Mounted Police (now the Royal Canadian Mounted Police). Their goal was to ward off US whisky traders and offer protection to the fur trade industry. At this time it was named Fort Brisebois, but shortly thereafter in 1876 it was renamed Fort Calgary.

In 1883, the Canadian Pacific Railway extended to the area, giving Calgary the necessary push to undergo extensive growth. As a result, it became a central area for commercial agriculture. Between 1896 and 1914, the offering of free “homestead land” prompted many people from all over the world to relocate here. Right around this time, in 1912, the annual Calgary Stampede, now known as the “greatest outdoor show on earth,” originated when four wealthy ranchers put on a small agricultural show.

Oil was discovered here in 1902, but did not become a significant industry in Calgary until many years later in 1947. The population and economy simultaneously boomed, prompting the development of the downtown area, which still thrives to this day.

Fast-forward to the present day, dropping oil prices paired with the current political climate has once again put constraints on the local oil industry and interconnected economy. Yet, as Calgary has proven over the years, it is capable of making a strong comeback thanks to all the area has to offer and the resiliancy of Calgarians. 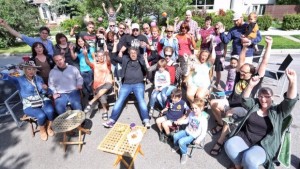 As of 2015, 1,230,915 people lived in Calgary, a 3% increase from 2014.  Calgary has continued to evolve since its earliest origins, and is still busy changing today. The population’s average age is 36.5, making Calgary the ‘youngest’ city in Canada. Interestingly, by the year 2036 it’s predicted that more seniors will live here than children under 14.

Christians make up 54.9% of the population, while 32.3% cite no religious affiliations.

As of 2013, the median total income for families with or without children was $101,260. As of 2015, Calgary held the number 2 position in Canada for the highest average household net worth, just after Vancouver.

Cost Of Living In Calgary

In order to live a comfortable lifestyle in Calgary a family needs to make a combined annual income of around $88,578.

Numbeo.com uses a unique number scale to put this into perspective. This scale ranks New York City, one of the most expensive cities to live in, at 100. Any city more expensive than New York rates over 100 and visa-versa. On this scale, Calgary ranks 76.94, which means the cost of living is a little over 20% less than it is in NYC.

Calgary has the fifth lowest average Mortgage Interest Rate when compared to 136 other cities. 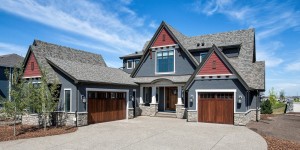 The average home price in Calgary is $445,000, that’s less than half the cost of the average home in Vancouver. That puts Calgary home prices just slightly above the average price for a home in all of Alberta and nearly on par with Canada’s overall average.

Due to dropping oil prices the city is facing a lot of job losses, which has caused the price of housing to go down in sharp contrast to surrounding parts of Canada on the rise. In fact, as of mid-2016 the local market is at its lowest point since 1995. While these conditions are no doubt alarming, they present a unique opportunity for homebuyers to score a great deal on a really nice home. As of now, buyers are in control of the housing market.

The top 10 best neighborhoods of Calgary include:

There are countless other neighborhoods ranked highly within Calgary, each offering something unique and appealing based upon your wish list. Keep your options open in order to find the perfect community for you within Calgary’s city limits. 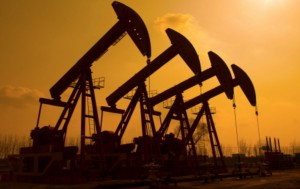 Calgary’s original economic boost came from the oil boom, reaching its peak right alongside the oil industry in 1981. As oil prices dropped, the city’s economy did too. In fact, low oil prices prevented the economy from fully recovering until the 1990’s.

Today we are once again seeing a dip in local economic conditions related to low oil prices. The city remains hopeful thanks to the additional commercial segments the economy relies on today in comparison to the eighties. Aside from the oil industry, Calgary’s economy is fueled by financial services, entertainment, transportation and logistics, as well as manufacturing, technology, health, aerospace, retail and tourism.

Speaking of tourism, well over 3 million people visit the city every year to see the many festivals and attractions held here. One of the most popular is the Calgary Stampede. Local mountain resort towns of Banff, Canmore and Lake Louise are also becoming increasingly popular amongst tourists. 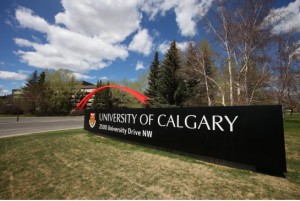 smaller Francophone community has its own French language school boards, both public and Catholic.  For students looking for a unique experience, Calgary has some awesome options such as the country’s first high school geared towards Olympic-caliber athletes, known as the National Sport School.  There are also lots of private schools in the area including Rundle Academy, Calgary French and International School, Calgary Islamic School, Edge School and many more.  In line with the city’s vibrant arts and culture community, Calgary is home to the Alberta College of Art and Design. This school is one of many publicly funded post-secondary institutions, such as Bow Valley College, Mount Royal University, SAIT Polytechnic and Athabassca University. The University of Calgary has over 28,000 students, and grants the highest number of degrees in Calgary.

Overall, the level of crime in Calgary is considered low. Based on Numbeo’s crime scale with 120 considered the most dangerous and 0 is no crime at all, Calgary scores a 31.25.

No crime in particular is considered ‘high’ in the area. While still relatively low, the most common offenses include people dealing and using drugs, as well as vandalism and theft.

What Is There To Do In Calgary? 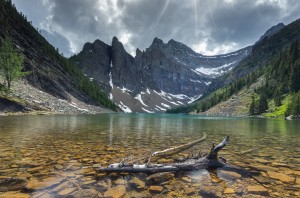 Every day of the year offers ample opportunity to explore the natural surrounding hills, partake in lake sports, shop till you drop and submerge yourself in cultural events. Downtown is home to a wide variety of restaurants serving up cuisines from different corners of the globe.

Popular shopping districts include Stephen Avenue, The Core Shopping Centre, and Eau Claire Market. Even when you’re in the urban jungle of Downtown you can still escape to the beauty of Prince’s Island Park.

Thanks to the area’s close proximity to the Rocky Mountains, there are plenty of opportunities for winter sports such as skiing and snowboarding. These same mountains offer excellent hiking adventures during the summer.

The city of Calgary is home to many exciting festivals and shows as well as multicultural areas. A great assortment of ethnic restaurants and shops can be found in Forest Lawn and the surrounding areas of 17 Avenue SE in the International Avenue neighborhood.  Calgary is home to the Southern Alberta Jubilee Auditorium, which features the Alberta Ballet Company, the Calgary Opera, annual civic Remembrance Day and the Kiwanis Music Festival. Plus, once every three years the Honens International Piano Competition is held here.  Be sure to check out the theatre companies in the area, which serve up a healthy dose of entertainment as well as opportunities for performers.  There are lots of art galleries in the area, as well as a vibrant choral music community.  If you’re looking for a late-night good time, there are lots of popular bars and nightclubs located near 17 Avenue.

The west side of the city is home to the Heritage Park Historical Village, Canada’s Sports Hall of Fame, Canada Olympic Park/ Win Sport and Spruce Meadows.

With prices far from their highs and buyers in control of the market, now is a great time to score that once-in-a-lifetime deal on a home in Calgary. With the right real estate agent and some help from Homestoc you can find the perfect home in this safe and lively area without spending a fortune.

Need help finding your ideal home? Homestoc offers the largest selection of homes for sale and rent in Calgary. Plus, all listings are verified for authenticity in order to keep you safe and your search productive. Use our custom filters to search homes by price range, number of bedrooms, neighborhood and so forth.

Get started finding your vision of the perfect home in Calgary today!

The Globe and Mail